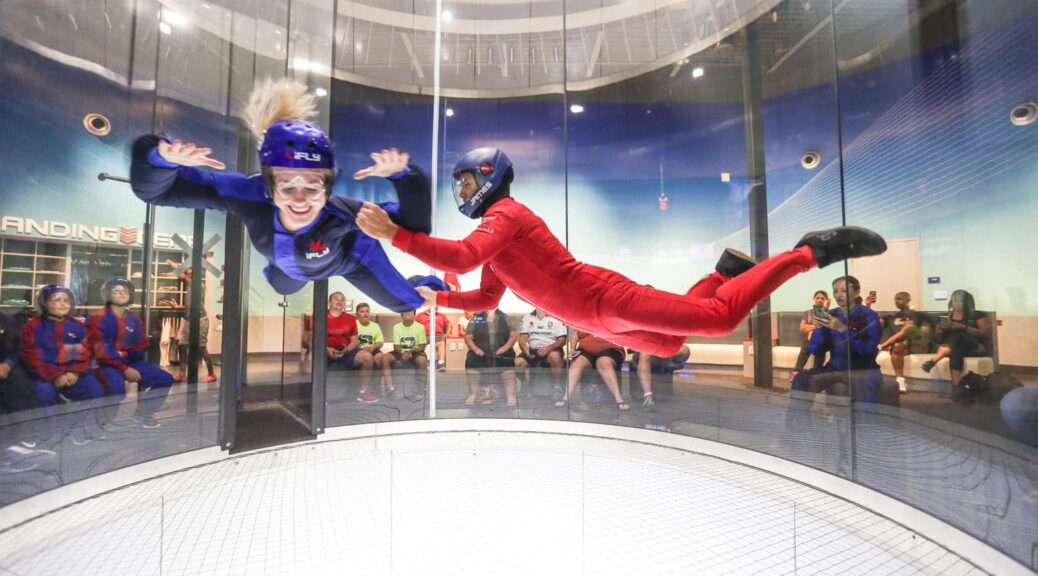 Indoor skydiving in Switzerland – the city Winterthur is considered the best . Here, Windwerk is the place where you can try this adventurous activity! Windwerk is quite famous where lots of tourists admire this wonderful experience.

Indoor skydiving is different from outdoor skydiving as a vertical wind tunnel moves air up in the vertical direction. These recreational wind tunnels enable humans to experience flights without planes and parachutes. The force of the wind will never let you fall down and you can enjoy the flight fearlessly.
You will enter a waiting room after passing through an airlock following direct access to the wind tunnel. You have to jump into the wind tunnel. This dream flying lasts for about 1 minute, allowing you to enjoy the freefall from 12000-meters height.

Winterthur is the second largest town in Canton Zurich. It lies on the river Eulach, about 28 km (17 miles) north east of Zurich. Winterthur is famous for its engineering industry – diesel motors, textile machinery, and locomotives.

The town is also renowned as a cultural centre, and has the nickname of “City of Museums.” It is particularly rich in art museums – including a photographic museum – but is also home to the Technorama hands-on science museum.It is about 25 km (15.5 miles) east of Zurich’s Kloten airport, to which it is linked by rail on the line between Zurich and St Gallen or Lake Constance.Despite the town’s industrial character.

Winterthur benefits from a number of green spaces. In 1989 its enlightened urban planning won it the Wakker Prize awarded annually by the Swiss Heritage Society (Schweizer Heimatschutz) to a commune which has harmonised its historic heritage with the need for modern development. Now that the factories have left it, the old industrial part of Winterthur, the Sulzerareal, near the centre of the city, is being transformed into a lively residential and cultural area.

Traces of Bronze Age settlement have been found in the area of the modern town.The Roman settlement of Vitudurum (or Vitodurum) was built in what is now the suburb of Oberwinterthur. This settlement gave the modern city its name.The modern town was founded by the Kyburg dynasty in the 12th century and later passed to the Habsburgs. It enjoyed a few years of autonomy in the 15th century, but came into the possession of its stronger rival, the city of Zurich, in 1467.It was only during the upheavals which followed the French invasion of 1798 that Winterthur escaped Zurich’s tutelage. Its industrial development reached a high point in the second half of the 19th century.